What's the importance of Departments in Primalogik in managing Access Controls?

The Manage Teams page allows you to map to your reporting structure.

The Team structure inside Primalogik has a few purposes:

Launching surveys
Users with the HR privilege and managers of their teams can launch 360 surveys as well as appraisals.
When the manager of a team logs in and accesses the Performance Appraisals or 360° Surveys page, she will only have access to the people reporting to her, in other words, those people that belong to that team. Using the "Teams" filter button a manager can choose to view only their direct reports, all their subordinates, or select specific Teams they are responsible for. In the example below, the manager chose to view all the direct reports.

Access control to results
Another important aspect of the Teams setup is control over accessing the results (either performance appraisals or 360 surveys).  When the results are ready to be accessed, only the following people can access those results:
So, in the following example, Max H, who's the manager of the Customer Retention team, has access to all results of those employees within that department. Anibal J. and Eric J. also have access since they are managers to Max H. 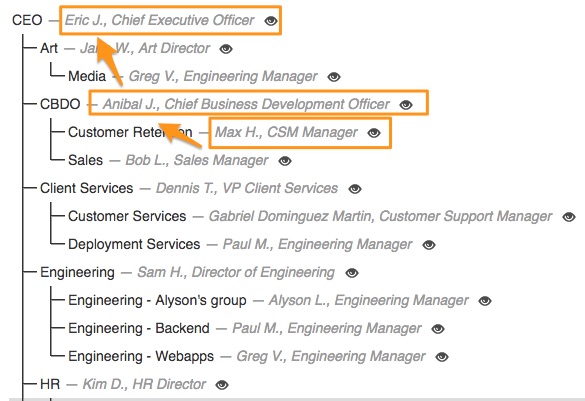 Participation in the performance appraisal process

Once the self-evaluation is done, the Manager will complete her part of the appraisal. 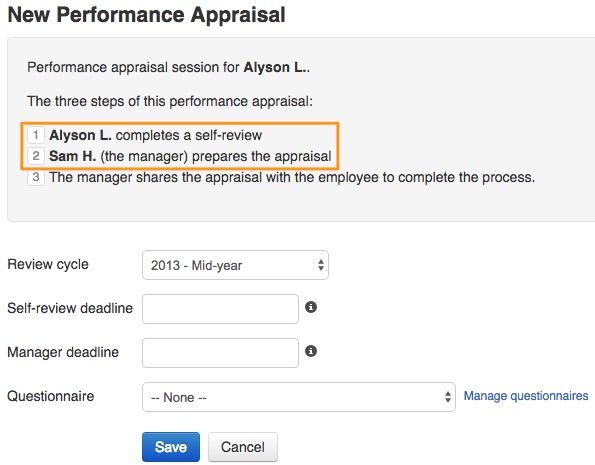 When you set up departments accordingly, Primalogik will be able to identify the relationship between different employees (users). Primalogik is able to automatically identify the following roles, depending on the setup of the users/departments:

So, if you set up users/departments accordingly you'll be able to see the following display within 360-degree reports:

Did you find it helpful? Yes No

Send feedback
Sorry we couldn't be helpful. Help us improve this article with your feedback.